We’ve all come across the many stories about tech entrepreneurs who have raised millions, turned their startups into unicorns, or gone public. But as with every story, these success stories also started in a small, humble office with a dream that didn’t seem possible and included many obstacles and disappointments on the way to success. How it all began ? What were the beginnings of a successful company like? And what can entrepreneurs who are just getting started learn from those who have already done so? All of this and more will be featured here in our new series “It all started with …”

Value today (or what has happened to the company since): Acquired by SciPlay (undisclosed amount)

What was the mood of those years?

In the beginning, the whole offer was for the Web, and our whole strategy worked with large portals, serving their community in a B2B2C model. Then in 2007, Facebook opened the gaming platform, and for the first time, we had direct contact with the people, the players. This has allowed us to be at the forefront, to become a brand and to open up huge opportunities for the entire industry. Many large game companies, especially the Israeli casual games ecosystem, have grown as a result of Facebook’s decision to support games on the platform. It makes working at Meta even more special to me as I appreciate the positive impact it has on business growth and the opportunity for any business to reach an audience in the most effective way.

Because we had a seed mindset and limited resources, we quickly realized that we could only afford leadership in Israel, and that the English and design team needed to be brought up to speed. remote scale. It seems that most of the Israeli casual games industry had the same awareness, as this is the common working model, with large development teams located in Ukraine, Poland and other countries. from Eastern Europe. There are best practices for such operations, which may be good for game companies, and perhaps less so for other types of products and tech teams.

Where did the idea come from?

Like most good ideas, it was born out of a need. In this case, MSN Israel needed to build a gaming arena for its community to relax and play. Back when they were my client, I had a web development studio, and with Yoav, we developed a demo in a few weeks, closed the deal and made sure they were exclusive. local. We could then sell it as a multiplayer games platform for clients / portals all over the world. It was only after having had a few large clients that we gained the confidence to seek investments for growth. I guess there are many startups today that are fundraising x10 on a short deck basis, but we came from a bootstrap mentality and waited for the product market pull and fit.

Back then we had empty white walls, basic furniture, no coffee maker, no amenities … damn it, we didn’t even have water in the office! Classic bootstrap mindset. As you can imagine, our current office at TLV is a high-tech facility, overlooking the city and the coastline, with delicious food, two micro-kitchens on each floor, and cool attractions. Although the last time I played ping pong was before Covid, when the guests visited …

How did family and close friends react?

I was fortunate enough to found the company with a close friend, Dr Yoav Zibin. We’ve been together since kindergarten, which makes it feel more like an adventure than a job. My father has been a business owner all his life. From the start he was very supportive and provided a room in his office and administrative support which got us started.

How many refusals have you received?

We had a seed product with three paying customers for our multiplayer gaming platform and we knew we could scale with the help of smart money. I took a three month trip, meeting all the VCs and angel investors who would accept my call. They all said “maybe” and dragged their feet. At one of those meetings, I met Alon who then joined as a co-founder, and the three of us proposed Yossi Vardi, who didn’t even want us to open the bridge. He only cared about getting to know us better, talking about our vision, our music and our opera, and decided to bet on us as a team.

Who was the competition, the sworn enemy?

About a year after the launch of our successful Backgammon Live! game, a major competitor appeared, also an Israeli company, Beach Bum (one of the founders of Playtika). Beach Bum was recently acquired for an estimated $ 250-300 million by French game company Voodoo, which shows that the games market is quite large and hungry for good products and studios.

What were your days and nights like as start-up entrepreneurs?

When I joined Meta, I was sure that I would never work as hard as in my own startup, but apparently having a sense of belonging is a personality trait, not a choice. Although my team is now twice the size and more responsible, I am able to manage my time better, share responsibilities with my peers and spend quality time with my children twice a week. At first, I worked long hours until late at night. I think Meta offers incredible opportunities to create and innovate on a global scale, while maintaining a good work-life balance.

Meta has an internal archetype definition for someone like me, a ‘PM Entrepreneur’, product managers who specialize in designing, organizing and delivering successful 0 to 1 projects to create products and areas of business. completely new activity within Meta Inc. This is an incredible opportunity to be able to do bottom-up innovation, identify a need, propose a solution to leadership, similar to a professional VC, obtain the resources or the start to adapt to the product market, and later globally. 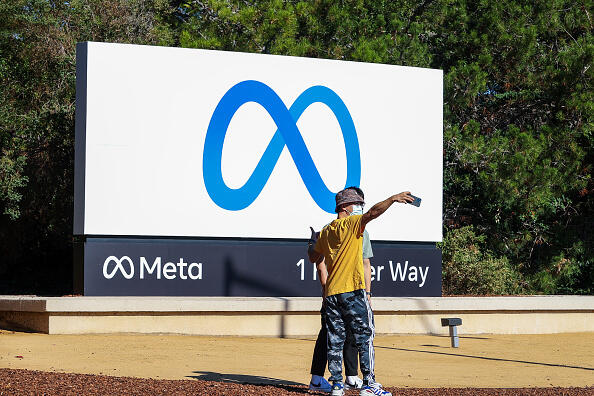 Set clear responsibilities: Many times startups fail because founders have unnecessary friction. Align with clear areas of expertise and responsibilities for each role, this will allow each leader to function with autonomy and minimal friction. For example, the CTO can be responsible for everything related to technique, people and people growth, while the CPO is responsible for everything related to products, team ambassador, updating and presentation to The direction. Both are responsible for the health of the team. It doesn’t mean that others don’t have an opinion or can’t be heard, it just adds clarity on who makes decisions in the field.

HPM (Highlights, Progress, Me) – A weekly retrospective report is an effective forcing feature to summarize your progress against goals, and one of the processes I wish I had adopted in my startup days, to hold myself accountable , as well as the team, by sharing it with key stakeholders and investors, even if they have not requested it.

Say No More – Your objective is to build a rocket to go to the moon. Whenever you are working on something that is not a top priority to get your rocket to the moon, you are spending time that could be spent on your goal. Also, every time you add something it increases the weight of your ship and decreases your chances of going to the moon.

Tips not to do:

Don’t Expect Perfection – Fail fast, fail often. Build experiments that can easily disprove (or prove) your assumptions quickly, don’t spend weeks building the perfect features, if you can, spend a day building something good enough to see if it’s worth it .