(Photo: by Gonzalo Arroyo Moreno/Getty Images)
MADRID, SPAIN – SEPTEMBER 29: An Out Of The Blue Airbus (OOB) player during their League of Legends final against Besiktas on day two of the Girl Gamer Madrid Festival at Movistar eSports Center on September 29, 2019 in Madrid, Spain.

The developer of the hit multiplayer online battle arena or also known as MOBA, Riot Games has revealed that changes are coming to the player behavior system of ‘League of Legends’.

According to a report by game radar, Riot Games’ Behavioral Systems Product Manager Hana Dinh herself has posted an update regarding the new approach that “League of Legends” will follow.

Riot Games’ product manager went on to say that Riot Games is now “changing its approach” to countering toxic behavior from its players. In turn, this should “have a direct impact” on players’ experience of its games, as well as the subsequent strengthening of their communities.

Despite this, Dinh echoes the clamor of their players, noting that the behavioral system at play is key.

Therefore, the Riot product manager further explained that this is why the developers of “League of Legends” are introducing a new approach this year, which seeks to provide a solution to bad player behavior.

According to a recent report by EuroGamera recent study showed that only five percent of the total player base is considered “constantly disruptive”.

On the other hand, the majority of gamers are just regular gamers, who are labeled for their disruptive behavior “from time to time”. 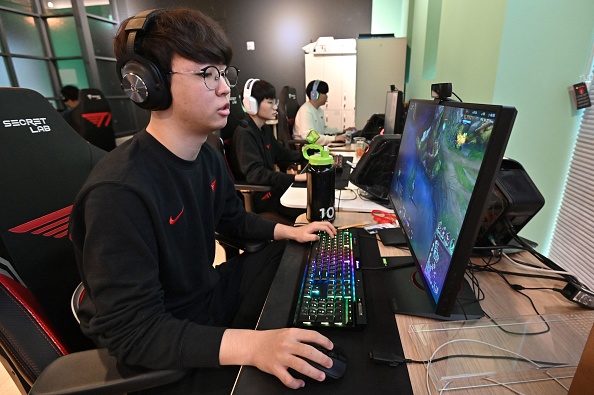 (Photo: by JUNG YEON-JE/AFP via Getty Images)
This photo taken on February 25, 2021 shows players during their training session at the T1 building, one of the world’s top eSports organizations where dozens of professional and aspiring gamers train, in Seoul. – A Nike-sponsored gym, support staff including nutritionists and English lessons are all part of the T1 setup where around 70 players seek to emulate its most prominent member, the League of Giants Faker Legends.

But still, Riot admits that their punishment and detection systems still aren’t having a massive impact on the pressing issue, noting that the Champ Select report still needs improvement.

While Riot Games has previously committed to improving Champ Select’s reporting response, it has yet to include penalties for those who have been reported.

However, the ‘League of Legends’ developer has said that it will deliver on its promise soon. Thus, adding a penalty to players that would be reported on Champ Select.”

“League of Legends” and verbal abuse

Additionally, Riot Games’ behavioral system product manager also said that they are also looking specifically at the issue of verbal abuse, which plagues most of their players.

Riot teased that it will be upgrading its verbal abuse detection systems, making it more effective than ever by up to 10 times.

This article belongs to Tech Times

ⓒ 2021 TECHTIMES.com All rights reserved. Do not reproduce without permission.